Kick off your autumn brunch with these delightfully easy apple cider mimosas! Make your fall cocktails extra special by adding a cinnamon sugar rim and garnishing them with apple slices and cinnamon sticks!

We go through quite a lot of apple cider during the autumn months — we sip on it warmed up with a splash of brandy and love to add it to all types of cakes, muffins and donuts! Today I’m sharing with you one of our favorite ways to enjoy the refreshing drink: apple cider mimosas!

After I made several batches of these baked strawberry and champagne donuts last week, I had quite a bit of leftover champagne on my hands and what better way to use it than to make festive autumn cocktails!

This recipe is incredibly simple with just two main ingredients: apple cider and champagne. Champagne can be expensive, but you can substitute it for prosecco or really any sparkling wine! Just make sure to choose something more on the dry side as the apple cider is already bringing enough sweetness to the cocktail.

As for the apple cider to champagne ratio, I find that my favorite mimosa uses equal parts of both, but you can definitely adjust to taste!

While you can definitely serve your apple cider mimosas in the traditional flutes, I like to pour them into wider stemless glasses to have enough room to garnish with apple slices and cinnamon sticks! 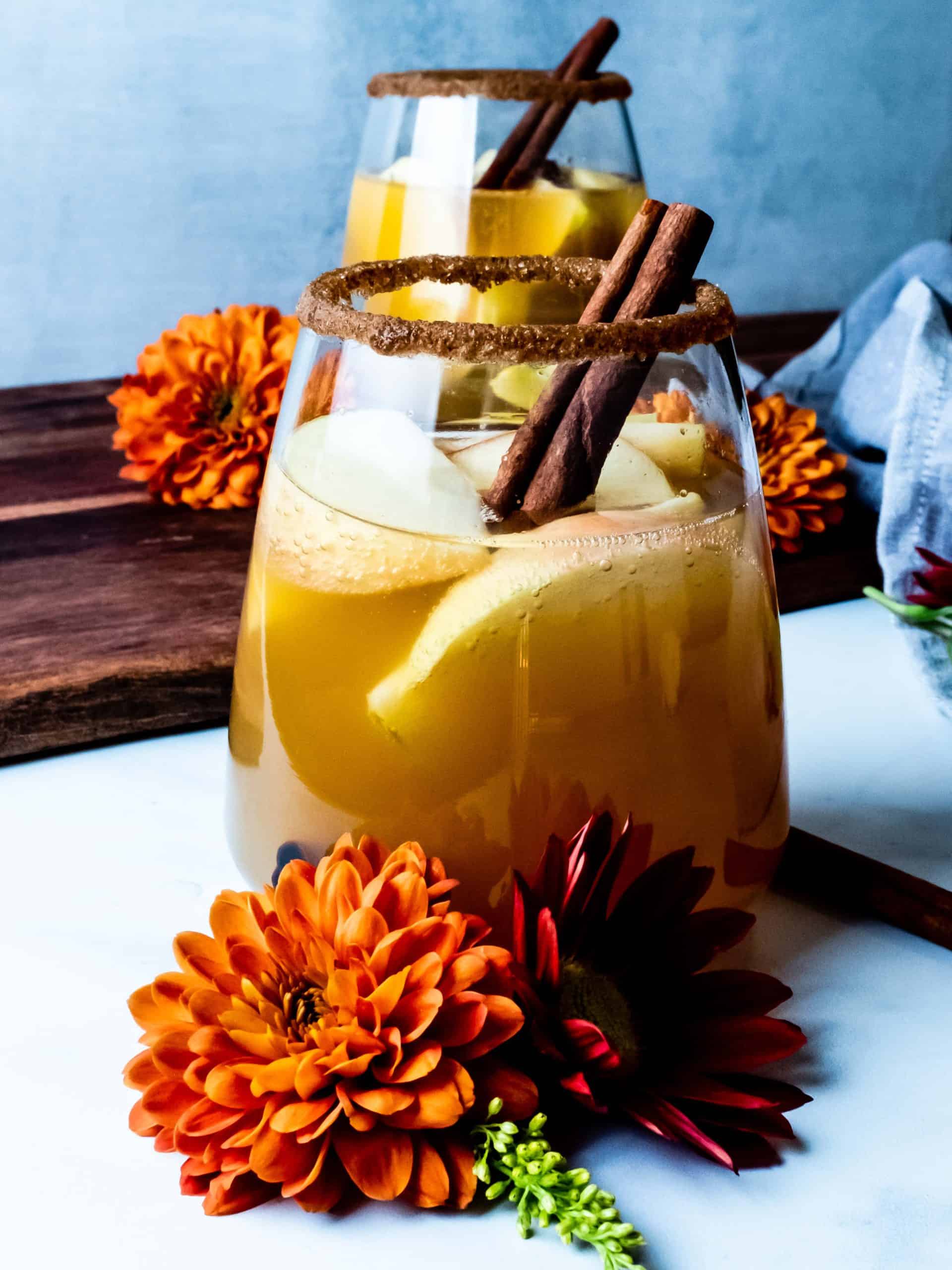