These traditional Czech dumplings (кarlovarský knedlík) are the perfect accompaniment to slow roasted meats, savory goulash and flavorful stews. Ideal for soaking up delicious sauces, our knedliky are light, fluffy and easy to make!

Recently we’ve been craving some of our favorite meals from the years we lived in Prague and namely svíčková, which is beef sirloin cooked with a seriously delicious vegetable cream sauce! It was in recreating this dish at home that I decided it just wouldn’t be complete without the knedliky that are so often served on the side of any saucy dish in Czechia.

While knedliky can come in many forms, I settled on a batch of these mosaic-style carlsbad dumplings (karlovarský knedlík) for my feast. Named after the beautiful spa town Carlsbad (or Karlovy Vary in Czech), these pretty little knedliky are one of the easiest versions to make and incredibly filling!

how to make carlsbad dumplings

Knedliky come in various forms from sweet to savory and they can be made from a variety of ingredients including flour, potatoes or even bread like today’s version! But to be honest, there are only two reasons I tend to make these carlsbad dumplings. The first is if I have old bread on my hands — making knedliky is a wonderful way to repurpose stale bread! And the second is when I’m making something like stew and I want a side that can soak up any extra sauce. That’s all to say that these dumplings aren’t something I would make to just snack on by themselves. They’re best when they take on the flavor of whatever delicious dish you’re serving them alongside!

But making these dumplings really is quite simple. It’s just cubed bread (I generally use a baguette) seasoned with parsley, a bit of salt and nutmeg and held together with a combination of milk, butter and whipped egg whites. After you’ve combined everything, you’ll need to roll them into little logs (I usually make about three) and boil them for about half an hour. Sometimes people will roll the logs in plastic wrap or aluminum foil, but to avoid letting anything contaminate the food I tend to use a thin cotton towel tied off with cooking twine to give the knedliky their shape.

what to serve with knedliky

We whipped up a batch of these carlsbad knedliky specifically to enjoy with svíčková, but they’re great served alongside anything saucy: soups, stews or even gravy. One of my favorite dishes to eat with knedliky is goulash and while we don’t currently have a recipe posted for Czech guláš, they would be equally as amazing with our favorite Polish-style gulasz!

Another great thing about dumplings? They freeze really well and are a great option when you find yourself in need of a quick side dish!

For more Czech-inspired recipes, make sure to try these blueberry and cream cheese kolaches for a delicious breakfast or unwind with a becherovka bramble: a refreshing cocktail made with our favorite Czech liqueur! 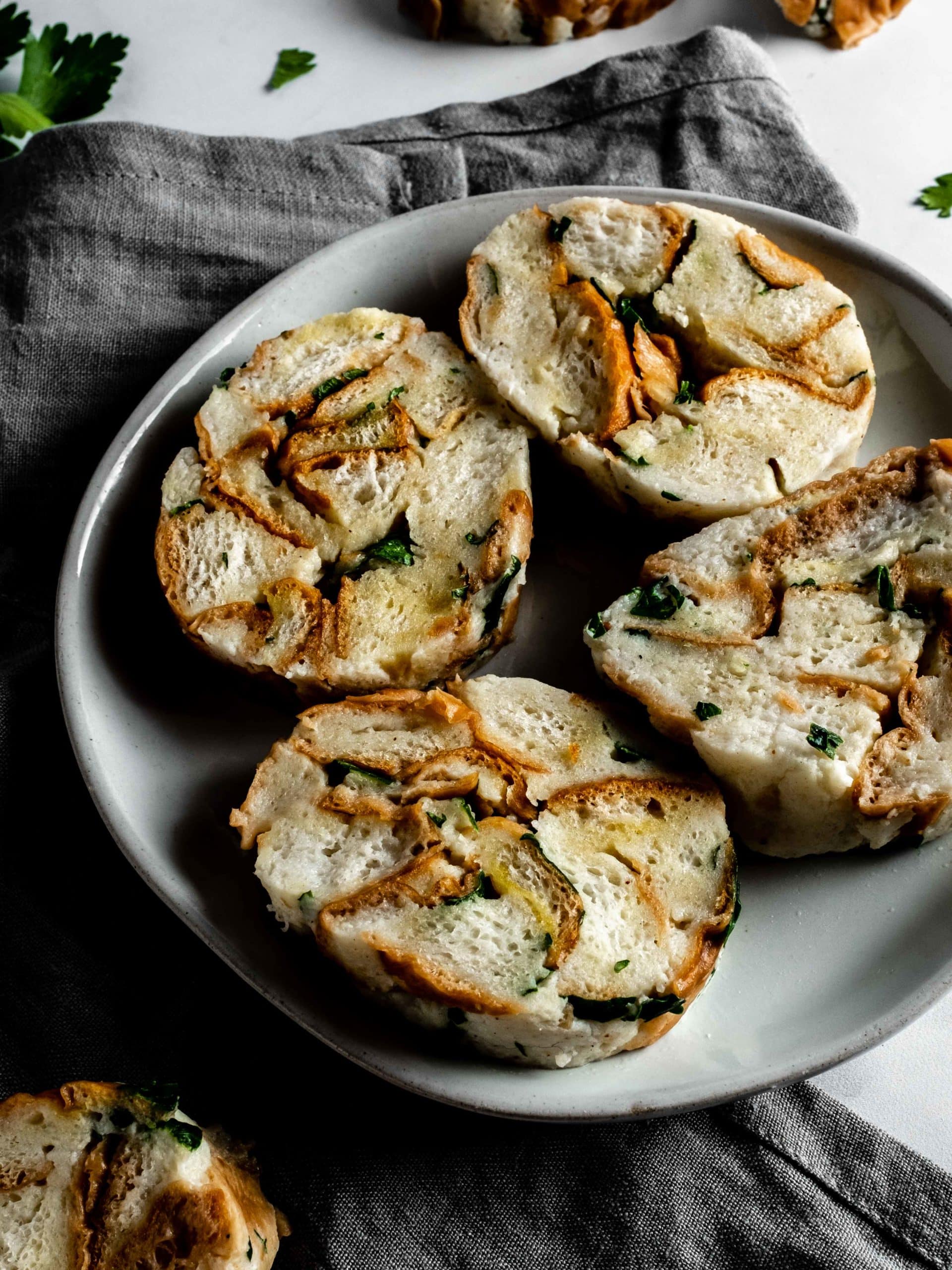