While penne alla vodka is quick enough to be a weeknight meal, this creamy and rich tomato vodka sauce also makes for a restaurant-quality dish that will impress any guest! If you don’t have pancetta on hand, substitute it for bacon or leave it out completely to make your pasta vegetarian!

This Italian-American classic became popular in the 1980s and is still a crowd pleaser today! Consisting of penne pasta tossed in a delicious tomato cream sauce and sprinkled with parmesan, it’s not difficult to understand how penne alla vodka’s popularity has endured over the last decades. It’s the ultimate comfort food to curl up with and, because it can be made in under 30 minutes, it’s one of my go-tos when I’m craving something rich and warming!

What purpose does the vodka actually serve in vodka sauce? Most importantly, it extracts more flavor from the tomatoes, unlocking aromatics that we usually don’t get in regular tomato sauces. In addition to giving the pasta sauce a more intense and complex taste, vodka also improves the consistency of the sauce. The presence of acidity from the tomatoes has the potential to react with the cream causing it to separate, but vodka prevents this by acting as an emulsifier and creating a more cohesive and creamy sauce!

While you could use crushed or diced tomatoes for this vodka sauce recipe, I generally use canned whole tomatoes in order to better control both the taste and consistency of my sauce. Whole tomatoes are generally the least processed of the canned varieties and have no added sugar or spices so I can season the sauce to my preference. And while it might not sound intuitive, whole tomatoes often cook down better than diced tomatoes, as you’re more likely to find additives in diced tomatoes that help them keep their shape.

I like to use pancetta to add a bit more depth to the pasta, but in a pinch you could cook up a few strips of bacon or leave out the meat entirely. And while the sauce is flavorful enough without adding various seasonings, I still always toss in a half teaspoon or so of red pepper flakes to add a little heat. You can definitely go easier on the pepper flakes without compromising the integrity of the vodka sauce and even omit them completely if you’re terribly spice averse! 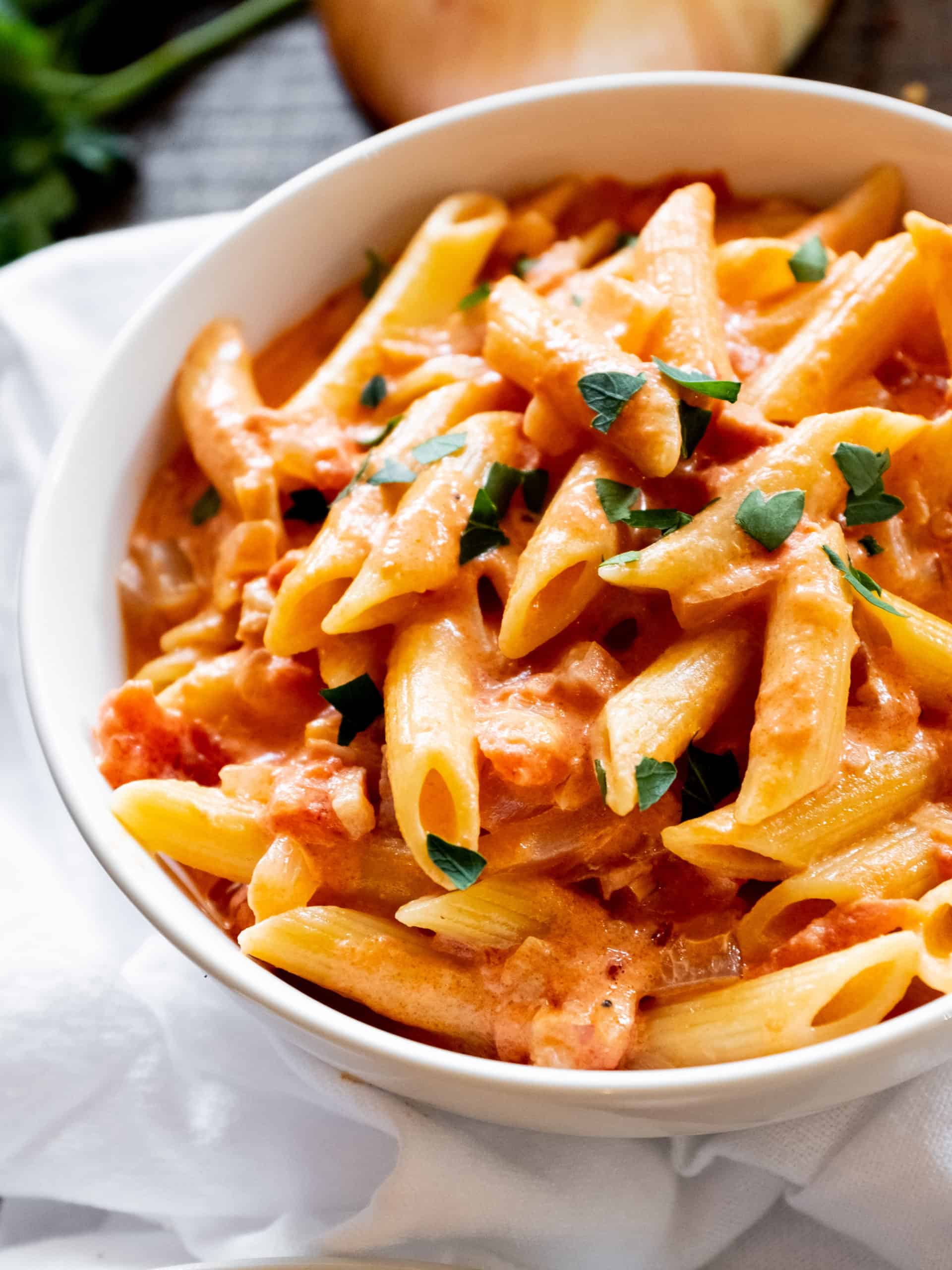