Classic potato pancakes or latkes are incredibly delicious and extremely versatile — serve them as an appetizer, side dish or light meal! While some prefer their crispy potato pancakes with a dollop of sour cream or applesauce, our favorite way to eat them is with a heaping spoonful of whipped feta!

While I generally love anything made from potatoes, I never thought to try homemade potato pancakes until I moved to Germany and found that my new neighbors were a Polish father and his two sons. Far away from my own home and family, they immediately adopted me into theirs, helping me to settle in and always making sure I was eating enough. Some of my favorite evenings from that year were spent at their table over a plate of homemade goulash — served alongside huge crispy potato pancakes! And while I’m still trying to perfect my own goulash, I’m finally satisfied with this potato pancake recipe and ready to share it with the world!

A lot of people have tips and tricks for getting the crispiest potato pancakes, but I’ve found that it really just comes down to spending a bit of extra time squeezing excess water out of the shredded potatoes. Once the onion is grated and the potatoes are shredded, I like to use a cheesecloth to squeeze the mixture dry, but a clean kitchen towel would also do the trick! I usually work with smaller batches of the mixture and if they potatoes seem excessively wet, I go through the process twice.

To finish up the potato pancakes, just add a few binding ingredients (flour and eggs) and season generously with salt and pepper! At this point, you could also stir in other ingredients depending on how you plan on enjoying these crispy delights. Additional spices, cheese and even bacon are all excellent ways to level up your potato pancakes!

To make whipped feta, simply combine the feta, sour cream, garlic and olive oil in a food processor and blend until smooth! I also added a bit of thyme, but there are so many good options for an additional flavor boost — dill, horseradish, roasted red peppers or honey just to name a few!

If you’d like to turn your potato pancakes into a entire meal, then I wholeheartedly suggest serving them alongside a generous portion of Polish goulash! But they’re also great with soups, stews and even curries!

And for breakfast or brunch, these crispy potato cakes are excellent topped with cream cheese (or whipped feta) and smoked salmon! 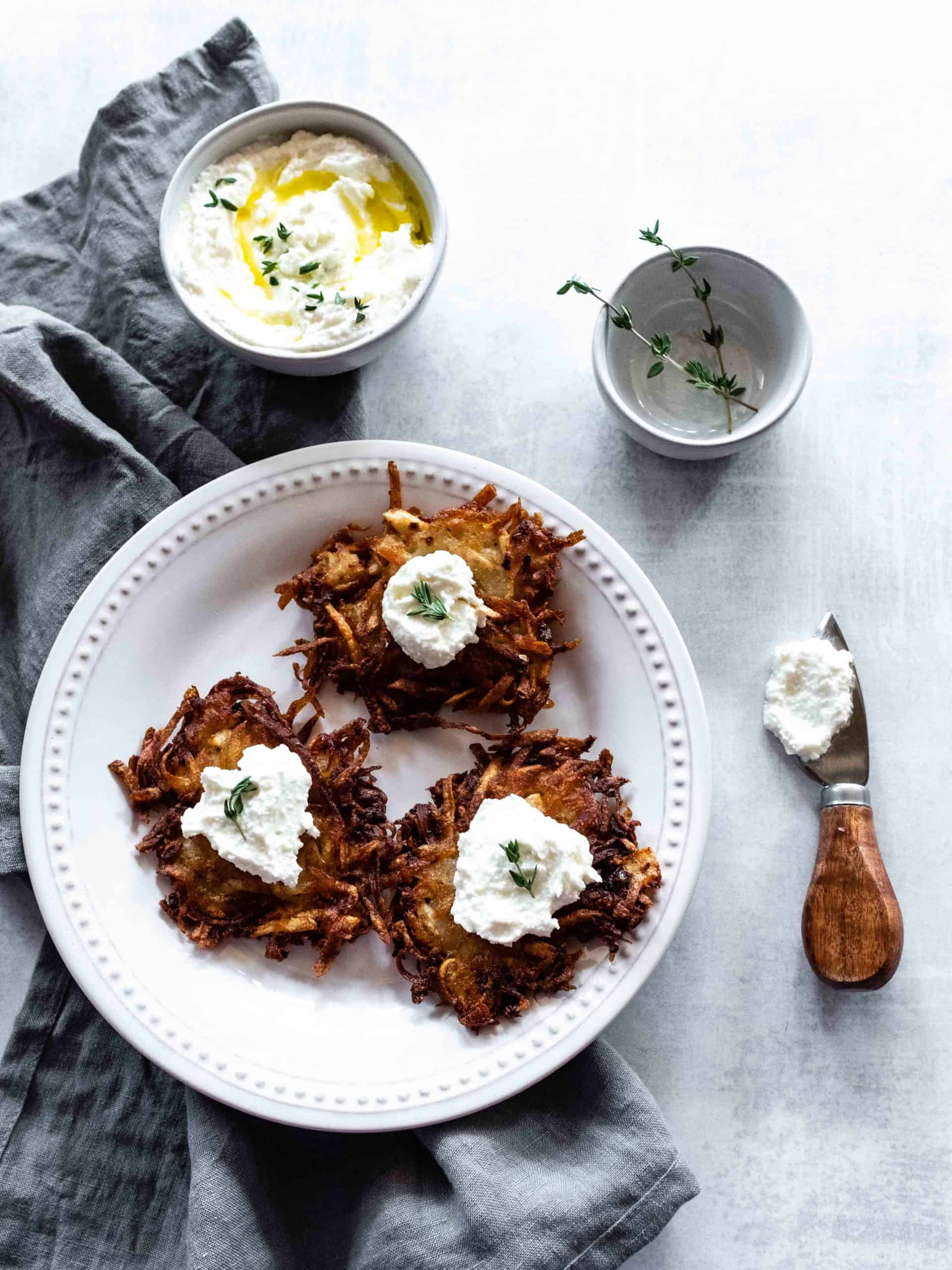